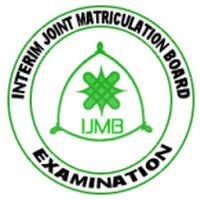 The Joint Admissions and Matriculation Board, JAMB, said yesterday its assessment has shown that more than 90 per cent of A’ Level results presented by candidates to gain admission into universities were fake.

The examination body said its focus on developments around the Interim Joint Matriculation Board, IJMB, and the Joint Universities Preliminary Examination Board, JUPEB, has resulted in the arrest of over 47 proprietors and lecturers of schools running the programmes in the last one year.

To curb the development, the board said through its Registrar, Prof. Ishaq Oloyede, that the Minister of Education, Adamu Adamu, has approved the establishment of what he described as Advanced Level (A Level) Certificates Data Bank in the country.

Oloyede spoke through his representative and JAMB’s Director, Legal Services, Dr Abdul Wahab Oyedokun, at the opening session of a three-day workshop for Public Relations’ staff of JAMB.

At the workshop, organised by JAMB, in collaboration with Premium Times Academy, with the theme, “Media, Publicity and Public Relations in the modern age,” Oloyede said the board had taken several measures to ensure total sanity in its examination processes.

While listing some of the measures to include deployment of sophisticated biometrics technology to curb multiple registration in Unified Tertiary Matriculation Examination, UTME, Oloyede said the board had taken another major step to put an end to use of fake A-Level certificates to secure admission.

READ ALSO: JAMB: No error in our scoring system, no plan to organise another UTME

He said: “In the last one year and in the second coming of Professor Oloyede as registrar of JAMB, one of the major assignments we did here was to focus on some of the things that are happening in these JUPEB and IJMB.

“During the last exam, we called a stakeholders meeting and invited managers of these organs and we asked some questions.

“We also collaborated with others security services to spread our net across the country to see what is happening and lo and behold, more than 47 proprietors of these and some of their lecturers and teachers and people conniving with them in perpetrating malpractices were arrested all over the country.

“Arsing from that, the Minister of Education has graciously approved the establishment of A-Level data bank. So for example, in a particular university, 90 percent of those who presented their A level results for admission were found to be fake.”

According to Oloyede, the data bank will ensure all A’ Level results are registered under one platform to bring about standardisation and integrity of the certificates.

Thank you so much for reading this article, we really do appreciate. We hope you loved it, if you did, please share this page with your friends via the share buttons below. Sharing is caring.

Christopher University JUPEB Form 2022/2023 is Out

Back to top button
Close
error: Content is protected !!
Close